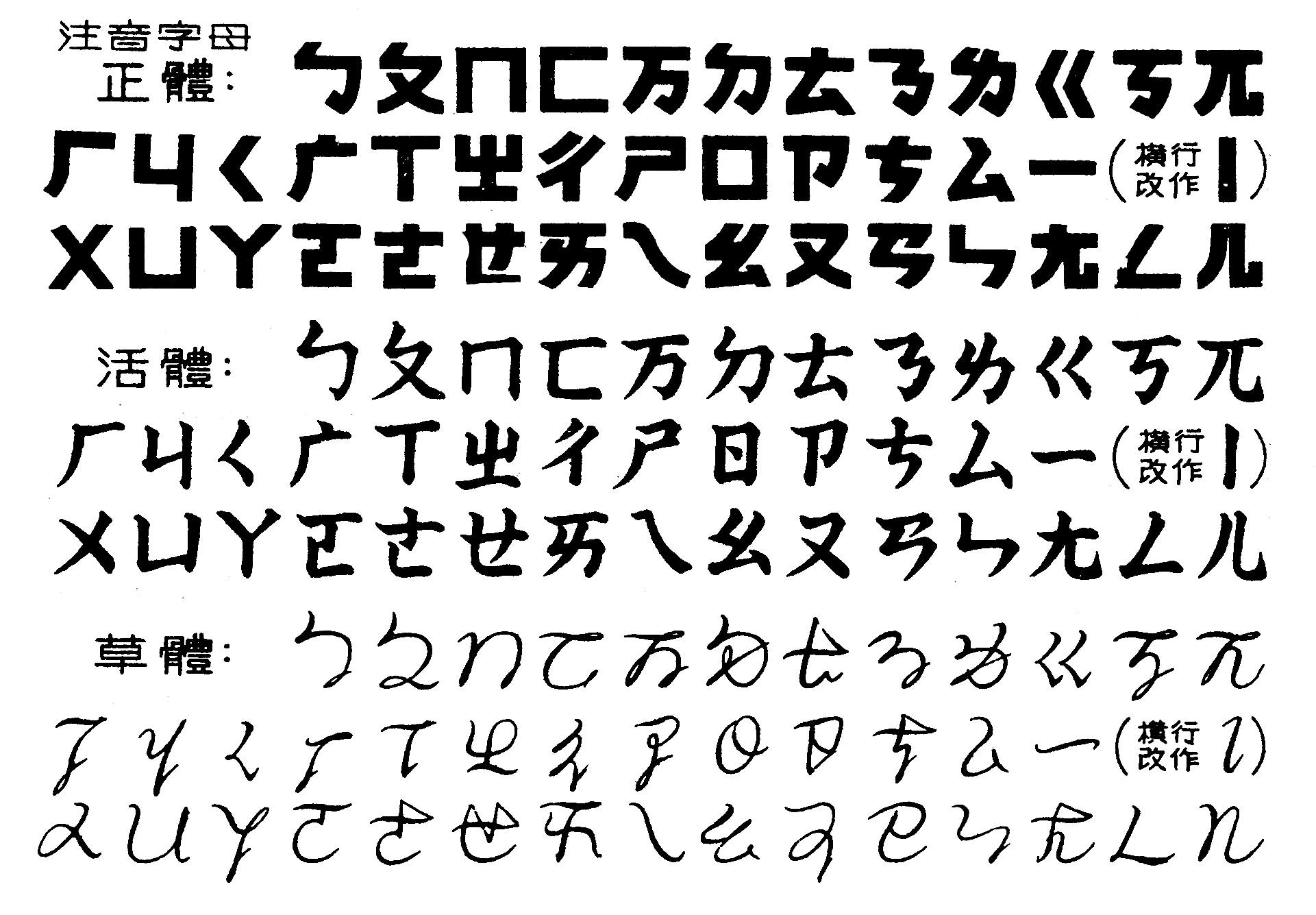 Zhuyin (or Bopomofo) is the main phonetic writing system in Taiwan. But a lot of language schools in both Taiwan and the West don’t teach it. This is because Zhuyin is harder to learn for English speakers, and only used in Taiwan. Rather than being a reading and writing system for Chinese, Zhuyin is more similar to a phonetic alphabet: it transcribes the sounds of individual words really accurately, but is too verbose for daily reading and writing. So why should you bother to learn Zhuyin? Well, here are three reasons why Zhuyin is a great tool to add to your Chinese toolkit.

Reason 1: It Makes Your Pronunciation Better

In language teaching, there’s a concept called linguistic interference. This is the way that quirks of your native language and other languages you’re fluent in interfere with learning a new language. Pinyin is great for reading longer texts where you don’t know characters, but because Pinyin looks a lot like English writing, you can become complacent if you’re not focused on how to pronounce a new word. Bopomofo makes you use the correct Chinese pronunciation of a word, and it makes the differences between sounds clearer. Also, Taiwanese Mandarin has quite a few differences from Chinese Mandarin in pronunciation, and most Pinyin sources focus on Chinese Mandarin. On the other hand, Zhuyin is only used in Taiwan, so you know Zhuyin sources will always be accurate for Taiwanese Mandarin.

Here’s one very simple example: 好吃 (delicious / tasty). In Pinyin you write hào chī. Look at the end of chī. Your English-speaking brain might tell you that this sounds like 一 yī (one). They’re totally different sounds – but they’re transcribed identically in Pinyin. This is one reason why English speakers who only learn Pinyin can be hard to understand for Chinese speakers: as well as the challenges of learning a tonal language, they mix up sounds that are distinct for Chinese speakers.

In Zhuyin, we transcribe 好吃 as ㄏㄠˇ ㄔ and 一 as… 一. ㄔ sounds like “che”, a little sneeze, while 一 sounds like “ee” as in bee. Zhuyin makes this really easy to understand and practice when you’re reviewing flashcards, while in Pinyin there are a lot of quirks which can easily trip up your pronunciation. Try learning Zhuyin for when you’re practicing vocabulary words (try using Anki!) and using Pinyin for longer dialogues. With that said…

Reason 2: It’s Not A Crutch

Pinyin’s greatest strength is also its greatest weakness: it’s easy to read and write long sentences and dialogues in Pinyin. As this article from Mandarin Companion says, this can easily become a crutch for language learners. When characters are next to Pinyin, your eye will naturally wander to the Pinyin transcription, because it’s more similar to English. This stops you from focusing on what you actually want to learn — the characters — and makes it very easy to get complacent.

However, even if you learn Zhuyin and use it a lot, it’s almost impossible to use it as a crutch in the same way as Pinyin. Because Zhuyin uses a different set of characters to English and because it’s more verbose than Pinyin, your brain won’t immediately decode it on sight. Often, Zhuyin is also written in tiny ‘rubies’ beside characters, making it even harder to read by accident. This lets you be a lot more intentional in your use of Zhuyin. If you don’t know a character, you can read the Zhuyin and see if you know the spoken word: if you know the character, you can easily ignore the Zhuyin. This is a lot harder to do with Pinyin.

Just like a workout, the more challenging you make your reading practice within your abilities, the faster you’ll improve. Don’t push yourself too hard, but also don’t make things too easy on yourself. Having Pinyin next to characters can easily become a crutch unless you also transcribe a copy of a text without Pinyin. But who has time for that?

Reason 3: You Can Read Kids’ Books

It’s pretty common knowledge that the best way to learn a new language is immersion learning. That means using the language you’re trying to learn as much as possible, reading books in the language, watching media in the target language, and so on. This can be really hard for people learning Chinese, because written Chinese has little relationship to spoken Mandarin and watching Chinese media with English subtitles can be pretty challenging, given the dramatic grammar differences between the two languages.

In Taiwan, kids in kindergarten and elementary school learn to read Chinese characters by using Bopomofo transcriptions next to the characters. What this means is that if you learn Zhuyin you can use the same resources as Taiwanese students. One of my favourite language resources to use with my classes and for myself is a book called Baby’s First Study Guide, which has a range of common words like “penguin”, “hamburger”, and “train” written in English, Chinese, and Bopomofo with big, bold colors. I’m pretty sure it’s designed for Taiwanese elementary school students to learn basic words in English, but it’s really helpful for when I realise I don’t know what a dolphin or a temple is called. When you know some basic characters, you can start to read basic children’s books. Peppa Pig (佩佩猪) is reliable for learning any language, and other children’s book series use basic characters with Zhuyin to help kids learn to read.

Of course, not every children’s book is good to learn characters: some have complex grammar or unusual words that aren’t likely to show up in a Chinese language curriculum, and some cover topics that just aren’t that relevant to adult language learners, like going to the circus. One great way to get around this is to use graded readers like those from Mandarin Companion. But there’s not a ton of these available, and while Mandarin Companion’s works are affordable and available on Kindle, other graded reader sets are more expensive and harder to get.

With a bit of shopping around in Taiwan, you can find kids’ books that are suitable for foreign language learners as well. It’s really fun to browse the kids’ section of bookstores and see what books appeal to you, as well as which ones are cute or interesting. In the end, our goal is to get a small collection of fun kids’ books that can help us learn Chinese.

In the End, Just Challenge Yourself

What’s really important isn’t whether you choose to learn Zhuyin or not. If Pinyin by itself works fine for you, then that’s fine. What’s most important is not falling into a few traps:

While learning and using Zhuyin makes these common mistakes almost impossible, you can get the same results from discipline and focus. But who has unlimited amounts of those? We use technology like Anki to make studying easier so we don’t have to work as hard by ourselves. Learning Zhuyin, especially if you live in Taiwan, can make studying easier too — so give it a try. You might be surprised by the results.