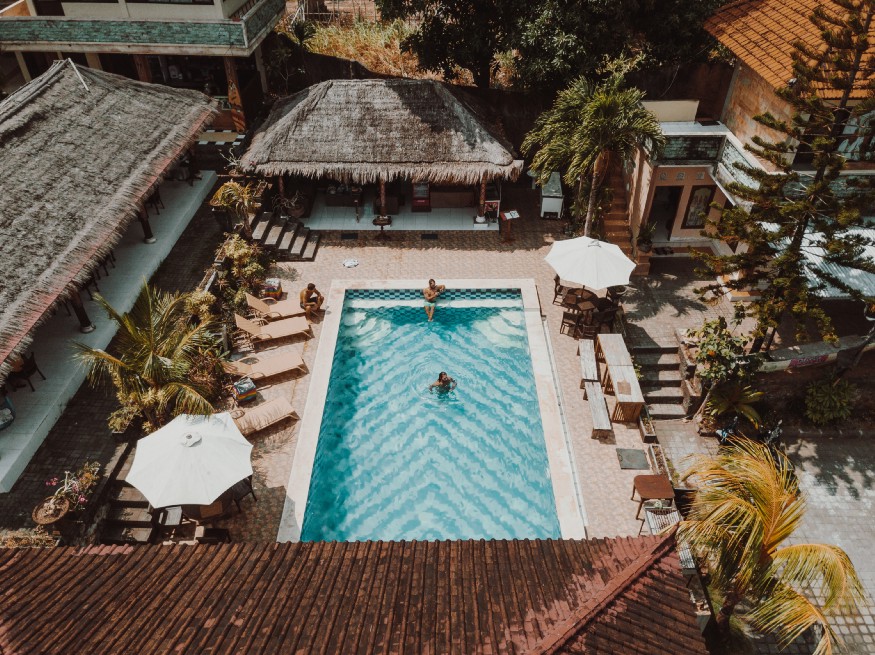 We live in a world of extreme inequality and nepotism. At present, the world’s 26 richest people own as much as the poorest 50%. This makes the question of intergenerational wealth transfer particularly important.

Many people would be happy to live in a world with this level of extreme inequality, provided that this inequality felt in some way justified by the merit of the wealthy. But if the wealthy can simply pass their estates onto their children, whose merit is far from certain, then these levels of inequality become difficult to justify.

This article isn’t principally interested in exploring whether extreme inequality in itself is immoral: I leave that to the reader’s moral judgement. Instead the goal is to unpack some common beliefs surrounding the question of intergenerational wealth transfer, which is one of the principal drivers of inequality.

Note that both of these common-sense beliefs hold true across the three major systems of morality: utilitarianism, virtue ethics, and deontology. A utilitarian might say that it is justified to inflict suffering to produce wealth, provided that the happiness created through judicious use of that wealth outweighs the suffering. A virtue ethicist would say that the means through which one chooses to generate wealth is indicative of one’s moral character. And a deontologist would say that the actions taken to generate wealth must be moral in and of themselves for wealth to be moral. In all three cases, morality is taken to inhere in wealth in some way: if I kill someone and take their valuables, then sell those valuables and use the profits to invest in a stock which rises by 5000%, the immorality of that wealth does not somehow disappear because the original value of the jewelry has been subsumed in the growth of my investment.

At the same time, if I grow rich off my blood money, and then pass my wealth onto my children, are my children morally obliged to pay back all of the wealth? Legally, this is a grey area. Under the principle of Nemo dat quod non habet, they could be made to pay back the value of the original theft, but are not obliged to return the fortune which resulted from that theft. It also seems unfair to take away the lifestyle my children are accustomed to (and greatly damage their quality of life) because of my moral transgressions.

So finally, we have a contradictory situation in which immorality both seems to inhere in wealth, and also not to do so in the case of wealth transfer to my children. This tension has great significance for a range of scenarios which are analogous: for example, fortunes which derive from slavery, war profiteering, and other activities generally considered immoral; reparations for slavery and imperialism from the beneficiaries of those practices to state victims; and in the Marxist conception of profits (where most profit by capitalists is immoral) the righteousness of redistributing almost all wealth back to the majority.

One way we could consider escaping this dilemma is by rejecting that immorality inheres in wealth in at least some cases. In the case where my blood money has made me wealthy, there is an ongoing injustice: namely, I have not been caught and my crimes have not been accounted for. If the reality of the situation were revealed, then there could be appropriate moral outrage from recipients of my investment wealth such as my children. Therefore the immorality does not inhere in the wealth, but is rather owned by me alone: the moral outrage of blood money is not that the money itself is tainted, but that justice has not been served for the original crime.

While this fits with many of our moral intuitions about justice, it leads to uncomfortable conclusions when extended to situations beyond my lifespan. If I die without ever receiving punishment for my crimes, this seems to suggest that there’s nothing to be done about the situation. As I alone own the moral responsibility for my crime, there is no way to correct the injustice of my original crime without unjustly punishing my children. When extended to debates around reparations or war crimes, this view can seem as flippant as Bill Clinton’s remark in 1997 that the crimes of slavery were too far in the past to be worth compensating for. Nonetheless this view broadly corresponds to a conservative-individualist view on ethics: that only individuals can be morally responsible, and that systematic, collective attempts to correct injustices usually create greater injustices against innocents like my children.

Unless, of course, my children aren’t innocent. If we reject our second premise (that children are not morally responsible for the actions of their parents), then it becomes perfectly reasonable for us to relieve my children of their blood-money. However, we’re then back to questioning a more foundational principle: whether someone, by virtue of their relationship to another person, can be held responsible for their immorality. This is guilt by association; generally considered negative in contemporary Western society. In fact, the idea of family members having to address the immorality of another family member is so alien to contemporary Western moral intuitions that it would generally be considered more immoral to punish children for the crimes of their parents than to not do so. The reason for this is simple: having moral responsibility be shared between a whole family requires the family to be considered as a corporate entity, or else for the blood relationship between them to be considered morally relevant. In the contemporary West we typically place little emphasis on blood relationships, and the concept of the family-as-corporation has dissolved as divorce rates and alternative types of family have taken their place. Interestingly, in other cultures this type of collective punishment might be considered in line with moral intuition. The phenomenon of honor killing is an inverse of collective punishment: in order to avoid harm to the corporate entity of the family, individuals are killed and thereby removed from the corporation.

Yet in and of itself this is no more than a cultural difference. Where a rejection of my children being blameless starts to break down is that it implies that the transfer of wealth to a party outside the corporation would remove the moral issues from the wealth. There are therefore only two conceivable grounds for moral responsibility being shared with my children. First, that we are part of the same corporate entity, which my crime morally damages in some way. Or second, that my preference for my children to inherit my blood money irrevocably taints the transfer of that wealth to them1This is part of what Dickens’ Great Expectations addresses: the moral significance of the origin of wealth.. But while treating the family as a corporate entity is culturally unusual for Westerners, treating my preference as a morally relevant factor leads to bizarre conclusions. For example, if my wealth were given to a random third party without their being aware of its origin2This is analogous to the state taking and redistributing my wealth as part of a criminal trial., it seems unfair that they could be held liable for my original crime. But then the prime moral factor has nothing to do with the reality of my crime or its consequences, but rather with my preferences as to the succession of its consequent wealth. In an even stranger case, it seems morally satisfying that my blood money should be transferred to someone who I hate: the frustration of my will seems to serve as a form of justice even if I am already dead. But again, this would make the relevant moral factor not that the money comes from murder, but that I am free to use that blood money freely and as if it were rightfully obtained.

We could also try to maintain our moral intuitions yet find a way out of the contradiction. For example, under a utilitarian interpretation it is very simple to make the claim that the ongoing damage that wealth inflicts is the morally significant factor. If my children still hold significant interests in weapons manufacturing, for example, their wealth is actively generating human misery. However, this suffers from major issues. It implies that if I were to ‘clean’ the wealth I’d made from my crimes before my children inherited it, then my children would be no more moral obligations than if they’d inherited legitimate wealth. Further, it implies that if my wealth were re-invested in good causes and philanthropy, then it could become morally positive for my children. This is the fallacious justification used by Raskolnikov in Crime and Punishment to justify his murder of his landlady, and ultimately he fails even to convince himself.

If my children were to receive immoral wealth, on the other hand, and then set about turning it to moral causes, then we would often consider this praiseworthy. However, once again it fails to materially address the original crime: at best it reflects well on the character of my children, but without some form of material redress to the victim it seems to be focused on the needs of my children more than the needs of justice. Further, as an approach it seems to say that any immorality, no matter how severe, can be expiated with enough cash. This is the exact approach to justice which Martin Luther criticised when he skewered the Catholic Church for its practice of awarding “indulgences” to wealthy donors, and the fury of this criticism still resounds today, where large companies frequently get away with making token payments for major acts of environmental and workplace negligence towards employees and civilians, particularly in the developing world.

To what extent would repayment for my crimes be adequate to my original crime? Relieving my children of their entire inheritance would seem to be the safest option, but disregards their needs. It also makes the victim, to some extent, complicit in their own harm. (This is clearest when we consider the analagous situation of paying reparations for slavery.) On the other hand, repaying only the direct proceeds of my crimes seems inadequate to the multiplication of harm that the multiplication of my wealth represents. In real law, these extremes might represent the opposite claims of a civil case, with the defence tending to embrace the lower number and the claimant the higher number. Morally, the type of horse-trading in a civil or international court that would lead to a final figure seems to be not an issue of ethics, but of argument and persuasion.

There is almost certainly no single answer to the moral issues raised by intergenerational wealth transfer: no single argument for full reparation, absence of reparations, or partial reparations is convincing. Further, many of the situations which are intuitively satisfying, such as a stranger receiving the wealth resulting from a crime or the children of a criminal choosing to turn immoral wealth to moral uses are strange when considered in the context of justice to the victim.

Perhaps the most morally satisfying outcome would be for the children of the criminal to contact the victims and come to an agreement through a process of empathy and understanding on both sides. But this is not something which could develop from a system of morals or law, nor does it give any recommendations to action. It seems strange, therefore, to call a process of understanding “ethics”.

Moral intuition, once again, provides an inadequate guide to the real issues faced when we attempt to address social injustice.